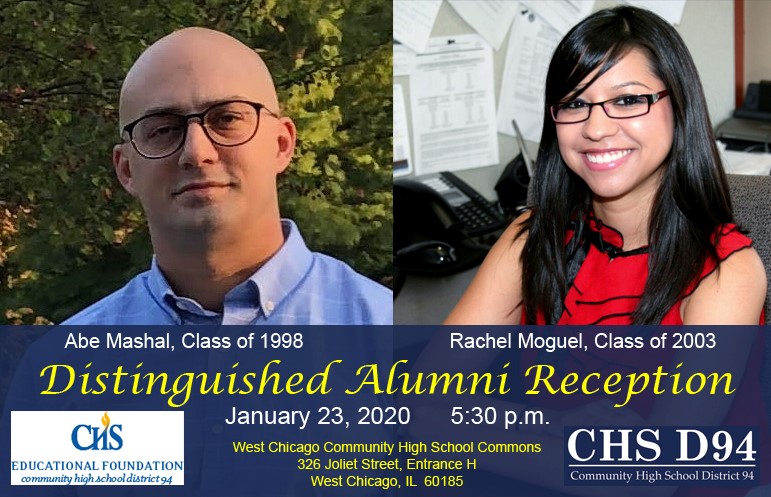 Abraham Mashal grew up in New Jersey and West Chicago as a proud Muslim with a strong sense of justice. At Turner School and WCCHS he found supportive teachers who encouraged him to work through obstacles and reach for his goals.

In the U.S. Marine Corps he discovered the motto for his life’s work:

honor, courage, commitment.  As a supply chief and K-9 trainer in the Marines, Mashal gained the expertise and business acumen to start a not-for-profit charity providing service dogs to disabled veterans and a dog training business which today includes 18 franchises across the nation.

But in 2010, just as Always Faithful Dog Training was taking off, Mashal was grounded from a routine flight out of Midway Airport. Abraham Mashal was on the No Fly List, and there was no way to find out why or to remedy his situation. As a former Marine, Corporal Mashal knew his Constitutional rights and enlisted the help of the ACLU. He became lead spokesman in a case that ended four years later in the 9th Circuit Federal Court with vindication and removal of six others and himself from the list, as well as court ordered procedures for US citizens to challenge a wrongful position on no-fly lists.

Rachel Moguel opened her own law office in 2011 with a commitment to provide the best immigration representation available so that families like hers could avoid the anguish she suffered trying to establish a foothold and path to citizenship in the United States.

Moguel received support and inspiration from her teachers at WCCHS to pursue a double major in Political Science and Sociology at the University of Wisconsin, Madison and a Juris Doctor degree at DePaul University College of Law. In 2016 Gov. Bruce Rauner appointed her as Commissioner to the Illinois Latino Family Commission. Moguel continues to serve the community by volunteering for organizations such as the Illinois Coalition for Immigrant and Refugee Rights, World Relief, The New Americas Initiative, Family Focus, and Elgin Community Crisis Center in order to further her mission to assist immigrant families and youth at risk. She also regularly provides Know Your Rights presentations in schools and churches.

Mashal and Moguel will be honored a Reception and Award Ceremony on Jan. 23, 2020 from 5:30 -7 PM after spending the day meeting with students and attending classes at West Chicago Community High School. The community and former classmates are encourage to attend this free event.