GOV. PRITZKIER ANNOUNCES LIMITED INDOOR DINNING TO RESUME IN TIER 1 AS THREE OF 11 REGIONS QUALIFY TO MOVE OUT OF TIER 3 MITIGATIONS 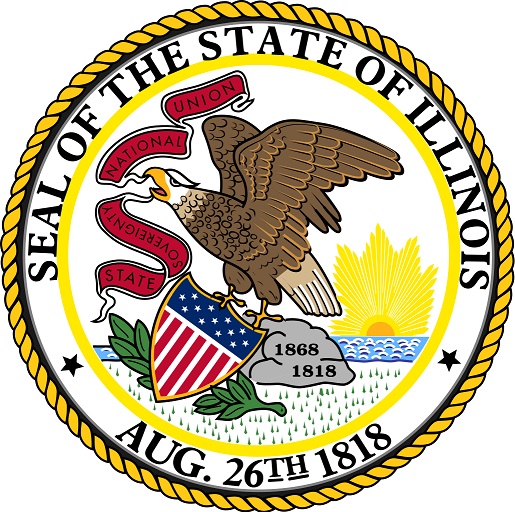 Gov. Announces State to Move to Phase 1B of its COVID-19 Vaccination Administration Plan
on January 25


CHICAGO— Following a decrease in COVID-19 test positivity rates and hospitalizations throughout Illinois, Governor JB Pritzker announced regions across the state are now eligible to move out of Tier 3 mitigations, the strictest tier of Illinois’ resurgence mitigation plan, implemented shortly before Thanksgiving, in response to a surge of COVID-19 statewide and across the Midwest. After weeks of careful consultation with public health experts to balance the need to save lives and support our hospital systems with protecting our economy, the Governor announced that regions could resume moving out of the tiered resurgence mitigations (Tier 3, Tier 2, and Tier 1) and back into Phase 4 on a data-driven basis.

The Governor also announced adjustments to the resurgence mitigations in light of ramped up vaccination efforts across the state, with Tier 1 of the resurgence mitigation plan now allowing restaurants and bars in a qualifying region to resume indoor dining with limited capacity. Youth and recreational sports may also resume play following the Illinois Department of Public Health’s (IDPH) All Sports Policy in all regions moving out of Tier 3.

In addition, the Governor announced Phase 1A of the Illinois COVID-19 Vaccination Administration Plan is on track to be substantially completed next week, with the entire state moving to Phase 1B on Monday, January 25. In accordance with local progress, IDPH has permitted local health departments who have already substantially completed their 1A populations to move forward with 1B in order to leave no vaccine on the shelves. While vaccine shipments from the federal government remains limited, the state is aggressively building out its capacity to prepare, with hundreds of additional pharmacy sites coming online starting Monday and the Illinois National Guard deploying to support local health department vaccination sites starting Tuesday, both initially only available to the 1A population.

The State of Illinois remains committed to following the guidance of public health experts by implementing mitigations to keep communities safe. In response to decreased positivity rates, hospitalization rates, and hospital bed usage, any region that has met the metrics for a reduction of mitigations will move out of Tier 3 to less restrictive measures beginning today.

Governor Pritzker and IDPH first announced the Resurgence Mitigation Plan on July 15, 2020, taking a regional approach to suppress the spread of the virus. After a wave of COVID-19 surged across Illinois and the nation last fall, all 11 of the Restore Illinois regions moved into Tier 3 mitigations on November 20, 2020. By adhering to meaningful mitigations throughout the holiday season, the state was able to bring down rates of community spread, allowing for regions to once again move forward in the state’s mitigations plan effective January 15, 2021.

IDPH will continue to work with local health departments to monitor regional resurgence, with the guiding short-term goal of getting as many regions as possible back to Phase 4, the last step before Phase 5, when we have enough vaccine and therapeutics available to fully reopen.
As of today, regions will move into the following tiers:

IDPH will continue to monitor the regional metrics and move regions down to Tier 2, to Tier 1, and ultimately back to Phase 4 of the Restore Illinois plan on a rolling basis.

In order to move to Tier 2 mitigations, a region must meet the following metrics:

In order to move to Tier 1 mitigations, a region must meet the following metrics:

In order to move to Phase 4, a region must meet the following metrics:
These metrics continue to be part of a data-driven approach that helps manage the risk of community transmission as well as hospital availability.
As the pandemic has evolved, so has the state's response. The updated plan accounts for months of continued deliberations by public health officials as well as the rollout of the first COVID-19 vaccines. The key change to the Mitigation Plan announced in July is resuming indoor dining with capacity limits in Tier 1.

Restaurants and bars in Regions in Tier 1 can open indoor dining with capacity limited to the lesser of 25 people or 25 percent of room capacity. Additionally, establishments must serve food and indoor tables must be limited to no more than four people, with reservations limited to two hours. Outdoor dining regulations across the resurgence plan and Phase 4 remain unchanged.

Additionally, Regions moving out of Tier 3 mitigations can resume youth and recreational sports under the statewide All Sports Policy. Greater levels of play will be permitted as metrics improve into the subsequent tier.

Governor Pritzker announced that the state will move forward with an aggressive Vaccine Plan with hundreds of additional providers coming online in the coming days as the state moves to complete Phase 1A.

The state anticipates substantially completing Phase 1A next week and moving into Phase 1B of the Vaccine Plan on January 25, 2021, at which point residents over the age of 65 and frontline essential workers can receive the vaccine. While shipments from the federal government remain limited, the state is building out wide-reaching capacity to prepare for additional shipments and ensure those eligible in Phase 1B can receive their vaccine as quickly and equitably as possible. As of January 15, 2021, Illinois including Chicago has received a total of approximately 726,475 doses since vaccinations first launched last month, not including the federal program that serves long-term care residents.

In the initial phases of the state’s plan, IDPH is partnering with large pharmacies to launch hundreds of new sites in communities across Illinois. Additionally, the Illinois National Guard (ILNG) will deploy two teams to two sites in Cook County. The guard is also partnering with St. Clair County to deploy to sites there in the coming weeks, alongside additional deployments statewide.

During their initial week of service, these new sites will administer vaccinations to Illinois residents within group 1A of the state’s vaccination plan. Beginning January 25, all vaccination sites across the state will move into phase 1B of the plan and begin vaccinations for the eligible population by appointment only.

As the state moves forward with its plan and continues to build out capacity, smaller independent pharmacies, urgent care clinics, doctors’ offices, and workplaces will all be coming online to serve as vaccination sites. Additional teams from the ILNG will also deploy to regions across the state to stand up new sites and build out additional capacity at existing sites. More information on locations and how to make appointments will be available to the public on a website to be launched prior to the start of Phase 1B.