NUREMBERG AND THE MODERN LAWS OF WAR

The First Division Museum at Cantigny Park continues its acclaimed Date with History series with a virtual program about the Nuremberg trials, held 75 years ago following World War II. Guest speaker John M. Geiringer will put the event in historical context and discuss how it led to the laws of armed conflict that we have today.

Geiringer’s presentation via Zoom is on Thursday, May 6, at 7 pm CST. The program is free, but registration is required at FDMuseum.org.

The modern laws of war were developed in response to war crimes committed by the Nazi regime. Those atrocities, among others against civilians, were brought to the world’s attention at the International Military Tribunal (IMT) in Nuremberg, Germany, in 1946. The trials, conducted by the Allied forces, were 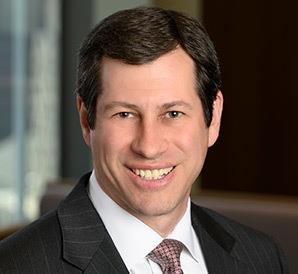 most notable for the prosecution of prominent members of the political, military, judicial, and economic leadership of Nazi Germany, who planned, carried out, or otherwise participated in the Holocaust and other war crimes.

John Geiringer is a partner at Chicago’s Barack Ferrazzano law firm and founding co-director of the Consortium for the Research and Study of Holocaust and the Law at Chicago-Kent College of Law’s Center for National Security and Human Rights Law. He holds a bachelor’s degree from American University and earned his graduate degree from DePaul University College of Law. The First Division Museum is currently open Wednesday through Sunday. Entry is included with Cantigny Park’s $5 parking fee, but advance ticketing is required to enforce temporary visitation limits. Masks are required. More information is online FDMuseum.org.