LEADERSHIP: A CONVERSATON WITH THE GENERALS 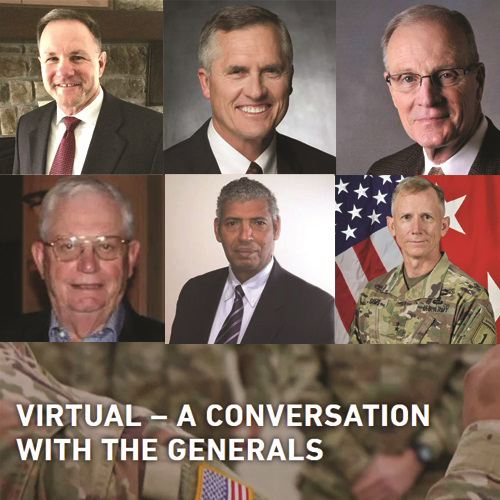 The First Division Museum at Cantigny Park announces an extraordinary guest panel of current and retired U.S. Army generals who will share their thoughts on applying leadership, in their military lives and beyond. All six speakers are current or former Commanding Generals of the 1st Infantry Division, the famed “Big Red One.”

“Leadership: A Conversation with the Generals” is set for Tuesday, June 8, at 7 pm Central. The virtual program, offered via Zoom, is free to attend. Advance registration is required at FDMuseum.org.

The roundtable discussion will be moderated by Colonel (Retired) Krewasky A. Salter, Ph.D., Executive Director, Museums at Cantigny Park, which includes the First Division Museum.

“We’ve assembled a remarkable group of general officers whose experiences during active duty are extremely relevant to all walks of life,” Salter said. “They have agreed to share their insights on leadership as military officers and civilians, and to share their experiences leading some of America’s finest men and women in peacetime and in combat. We are fortunate for this rare opportunity to bring them together.”


More detailed biographical information for each general is posted HERE.