The First Division Museum at Cantigny Park announces two programs in December viewable online via Zoom. These events are free but require advance registration at FDMuseum.org. 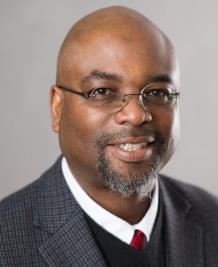 • Thursday, December 2 ● 7 pm CST
Date with History: Brothers in Valor
Robert F. Jefferson will discuss his book, “Brothers in Valor: The Battlefield Stories of the 89 African Americans Awarded the Medal of Honor.” From the horrors of the Civil War to the harrowing days of the Vietnam War, African Americans engaged in acts of heroism on the battlefield in ways that ultimately transformed the nation. Jefferson is an associate professor of history at the University of New Mexico and holds a PhD in American history from the University of Michigan. His research interests include the African American military experience, the civil rights movement, black Western history, and disability studies.
Thursday, December 9 ● 7 pm CST
A Day That Will Live in Infamy: The Attack on Pearl Harbor
Tricia Menke, curator of education at the National Museum of the American Sailor at Naval Station Great Lakes, will discuss one of America’s darkest days: December 7, 1941. The shocking attack at Pearl Harbor was the catalyst for the emergence of a new and determined naval fleet. Menke will examine events leading up to the Japanese invasion, how sailors and nurses responded, and the aftermath and legacy of what is considered the Navy’s greatest defeat. The speaker holds a BA degree in history from Gettysburg College and received her master’s in history with a museum studies concentration from University of North Carolina at Greensboro. The First Division Museum is 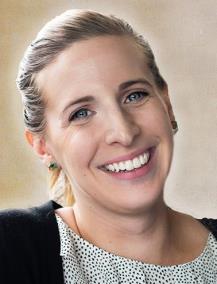 The First Division Museum is open Tuesday through Sunday, from 10 am to 4 pm. Admission is free with paid parking. Visit FDMuseum.org for additional details.

About the First Division Museum at Cantigny Park
The First Division Museum, part of the Robert R. McCormick Foundations, promotes public learning about America’s military heritage and affairs through the history of the “Big Red One”—the famed 1st Infantry Division of the U.S. Army. The museum’s main exhibit hall, First in War, transports visitors to the trenches of World War I, the beaches of World War II and the jungles of Vietnam. A second exhibit hall, Duty First, explores the 1ID’s history in more recent times. The Robert R. McCormick Research Center, open to the public, houses the museum’s library, archival and photo collections. Outside, tanks from every era are interpreted, along with artillery pieces and a personnel carrier. Solemn memorial markers and commemorative statuary invite quiet reflection.