PUBLIC INVITED FOR “OUT OF THE VAULT”

With nearly 15,000 artifacts in its permanent collection, the First Division Museum at Cantigny Park is a treasure trove of military history with a national reputation. At any given time, however, only a small fraction of the items can be on public exhibit.

This month, the museum’s Collections department will take some fascinating artifacts “Out of the Vault” for sharing with guests.

“After Hours: Out of the Vault” is Thursday, May 26, from 5:30 to 8 pm. The drop-in program is free and no advance registration is necessary. Cantigny’s regular $5 parking fee applies.

Visitors can see and learn about fascinating, precious, and sometimes quirky artifacts of peacetime and war—including the human stories behind them. Stations set up throughout the First Division Museum’s galleries will be staffed by interpreters. 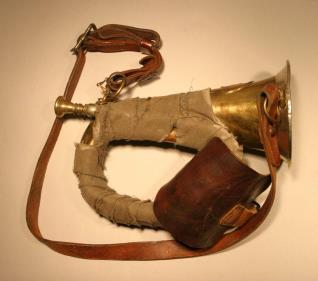 Another attraction during the event will be the museum’s new temporary exhibit, The Mexican American Military Experience. Through all the conflicts in our nation’s history, Mexican Americans were among America’s patriots. The exhibit specifically highlights soldiers who served in the U.S. Army’s 1st Infantry Division, known as the Big Red One.

The First Division Museum is open daily (except Mondays) from 10 am to 5 pm. Visit FDMuseum.org for additional details.

About the First Division Museum at Cantigny Park
The First Division Museum, part of the Robert R. McCormick Foundations, promotes public learning about America’s military heritage and affairs through the history of the “Big Red One”—the famed 1st Infantry Division of the U.S. Army. The museum’s main exhibit hall, First in War, transports visitors to the trenches of World War I, the beaches of World War II and the jungles of Vietnam. A second exhibit hall, Duty First, explores the 1ID’s history in more recent times. The Robert R. McCormick Research Center, open to the public, houses the museum’s library, archival and photo collections. Outside, World War I bugle tanks from every era are interpreted, along with artillery pieces and a personnel carrier. Solemn memorial markers and commemorative statuary also command visitors’ attention. The museum’s “Footsteps of the First” travel program, in partnership with Academic Travel Abroad, will explore Normandy and other key sites in Western Europe, October 6-15, 2022. Full details, including the itinerary and registration, are on the museum website.