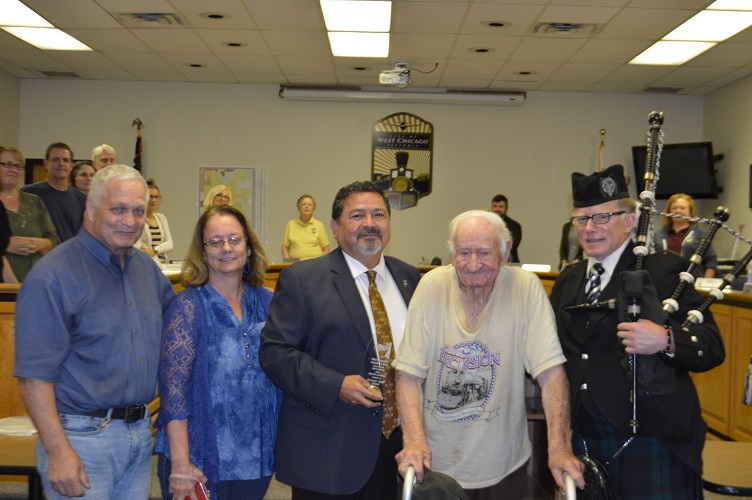 Among those honored were Richard (Dick) Truitt, with the Grand Marshall plaque. Truitt was a former Mayor of West Chicago, WWII veteran fought in Normandy and served on D-Day, and champion for the West Chicago Prairie Nature Preserve. Mayor Ruben Pineda praised him for mentoring him as a youth. Truitt turned 95 years old recently, and his son and daughter surprised him during the presentation with a bagpiper who played Danny Boy, a song his grandmother used to sing to him.

He is one of the few remaining brave soldiers who served during the invasion of Normandy, as a tank driver. He took part in the Battle of the Bulge in the 3rd Armored Division, 83rd Reconnaissance Battalion, in World War II. He was injured twice during these campaigns. Today, Dick Truitt enjoys his children, Doug, Sue, Tim, Dan, Tom, and Bridget, his 14 grandchildren, and his 22 great-grandchildren.  His sons, Tim and Tom, and his great-grandson, Henry, will be by his side in the Railroad Days Parade this Saturday as he is honored as the true hero he is.

Traditional dance is woven into the rich tapestry of Mexico’s cultural history, and no one dance troupe represents that better than the Ballet Folklórico through School District 33. Mariachis, son jarochos, and flouncing, hand crafted skirts rippling through the air; the Ballet Folklórico brings together so many crucial components of Mexican culture that it makes for an unmissable experience, and one that evokes a not unwarranted level of pride. 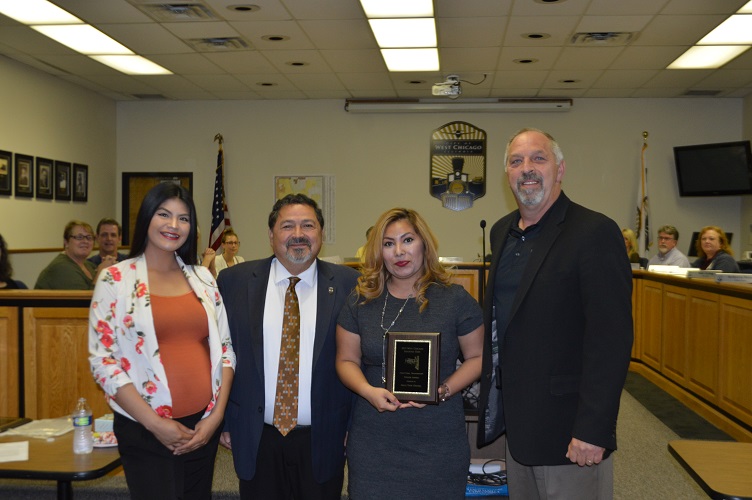 We are proud to provide West Chicago with a state-of-the-art, digital facility for the highest quality dental care available. It is one of our top priorities to protect the well-being of our valued patients. For this reason, our office meets and surpasses all OSHA (Occupational Safety and Health Administration) and CDC (Center for Disease Control) standards. We are confident that you will feel right at home in our office as we welcome all patients as if they were family.